Home / How To Line Up a Golf Shot

How To Line Up a Golf Shot

After teaching countless golf lessons over the past 25 years, I find that the pre-swing fundamental that is most often misunderstood is alignment to your target. This misunderstanding frequently causes other issues in the golf swing that end up becoming bad habits. Sometimes, golfers are too smart for their own good and if we are aligned incorrectly but do not know it, we eventually figure out a way to get the ball somewhat online even if it means creating a swing flaw in the process. 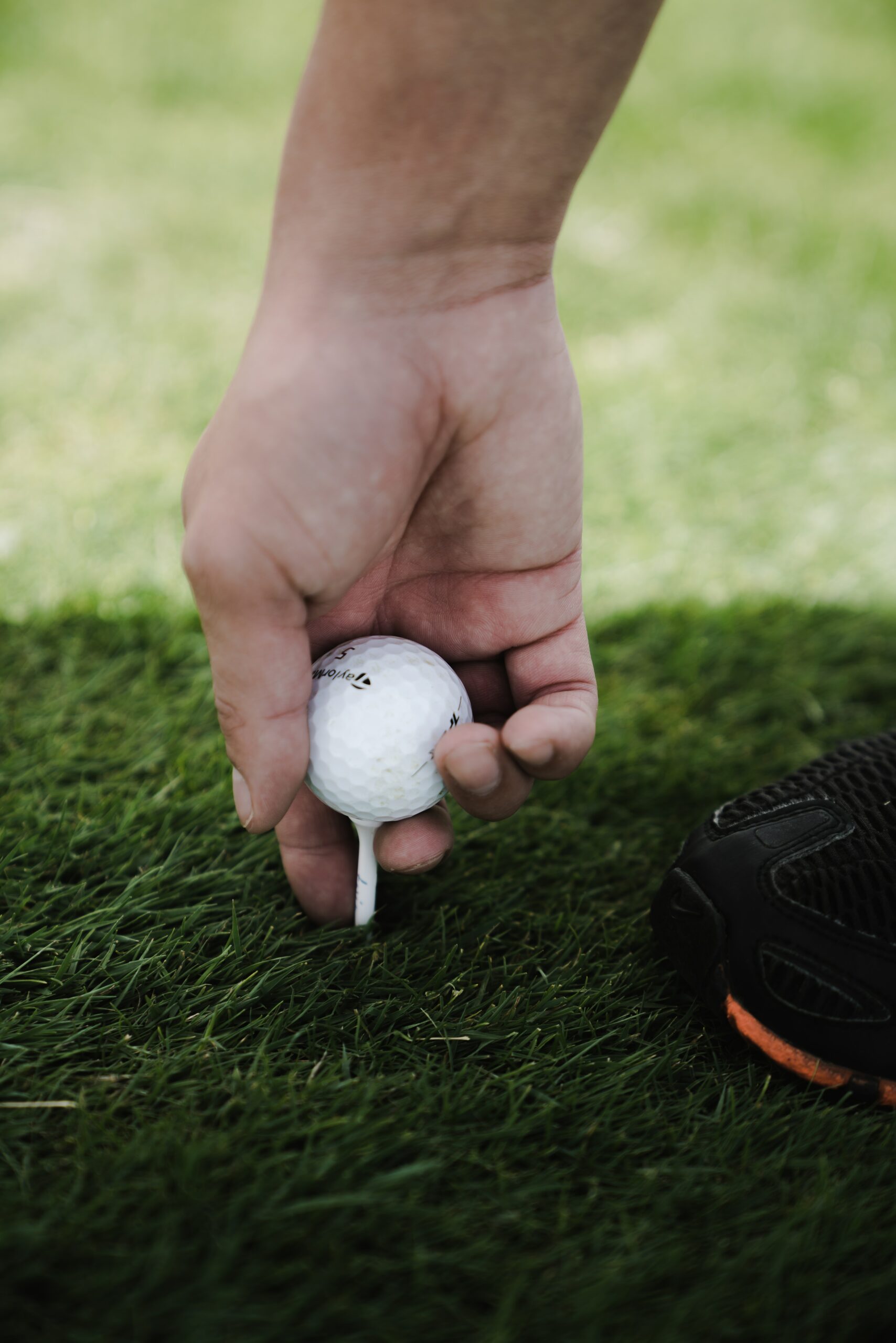 In a nutshell, proper golf shot alignment can be summed up by picturing a set of railroad tracks. On one run of the railroad tracks is the target shot line and on the other is the body line.

Similar to a set of railroad tracks, these two lines need to be parallel to each other for best results. If one line is not parallel to the other, that locomotive is set up for failure. This is the case for the golf swing too.

This is often where the misunderstanding comes in. Often when playing with amateur golfers, I will see them step up to the ball and take their club and either align it to their hips or shoulders in an effort to get their body to point toward the intended target. However, if our body line points to the intended target and our target line also points to the intended target, those lines cannot be parallel and poor results will follow. What happens most often when a golfer aligns their body to the intended target is that they often aim their club too far to the right of the target for a right handed player and too far left for a left handed player. When this happens, our instincts kick in and we begin to figure out a way to hit the ball at the target by pulling the shot back online. When we do this, it will not result in our best swings giving us the best results and we begin to develop poor swing habits.

I’ve found that the best way to combat this is to set yourself up in a station when you’re on the range which would consist of pointing an alignment stick or club at the target, then laying down an alignment stick or club that is parallel to that so you can visually line up correctly by having each toe equidistant to the alignment aid that is on the ground. To get used to setting up correctly, you should step away from the hitting area after every ball you hit getting you used to stepping into a correct set up each time. When on the course, alignment aids are not legal to use so it’s important to develop a pre-swing routine that helps you get into the proper alignment. My recommendation is to start behind the ball to envision your intended target shot line. After you’ve envisioned your target, approach the ball and be sure you align your club face first. Once your club face is aligned, set your body line parallel to the imaginary target line that you’ve created.

Alignment does take practice, repetition and every once in a while, a watchful eye from a trusted partner to check your lines. Proper golf shot alignment is one of the most important aspects to hitting consistently solid and on-target golf shots.