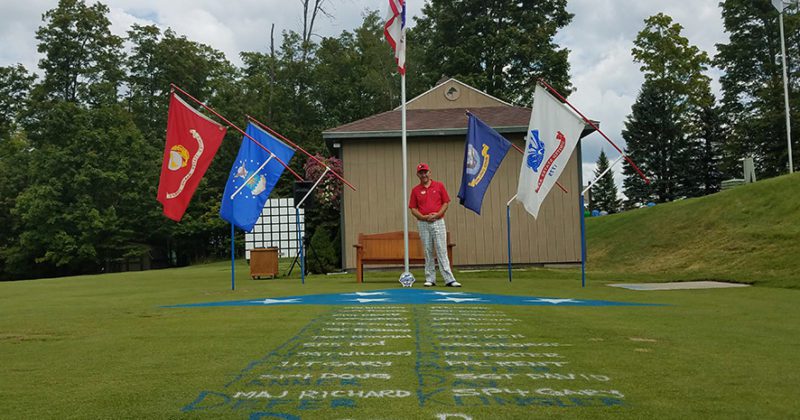 Congratulations to Mark Hogan, PGA who was voted the Northern Chapter PGA Merchandiser of the Year for Resort Facilities.  This is a huge feat especially in northern Michigan where most of the resort facilities reside.   Mark will be the first to say that this award is certainly a team effort but much credit for this award goes also to our talented merchandiser Janet Nowicki.

Mark will now be up for consideration for the Michigan Section Award for the best resort merchandiser in the state.  In addition to Mark being up for consideration for statewide awards, Joe Charles also will be for his innovations in Player Development.  More to come after the first of the year as we hope to have a few Section Award winners to announce. After several years of domination in the early 2000’s, Treetops once again was chosen by the Northern Chapter PGA Professionals as the top pro-am of the year for our August 14th Patriot Pro-am at the Jones Masterpiece.  Many of you were able to attend the opening ceremony, but for those who weren’t – it was a pretty neat way to send the players off.  Certainly, the staff at the Jones Masterpiece led by Joe Charles deserve a huge congratulations for their part in this, along with the rest of the golf staff as many from the north contributed as well.  Big congratulations to Gabe Bober and his team for providing the unique experience on the golf course with a beer tasting and appetizer on the 14th hole as we partnered with Leinenkugel’s Brewery.

Perhaps the biggest kudos in this recognition go to Jones Superintendent Mike Rosen and his crew, who have maintained the Jones Masterpiece so well, it’s left many folks saying, “that is the best I’ve ever seen the Jones.”